Table of Contents
😅
If you're wondering why this post is appearing before my first blog post, I was lovingly threatened encouraged to repost this old and enthusiastic fanboy ramble before my unused domain expired.

This will be a clash of my old writing, with a few new inputs at the end. Enjoy!
😨
Update: THE NUMBERS HAVE BEEN SOLVED! Details at the bottom of the post!

The worldbuilding behind Woodkid's S16 album

In this post I fanboy over Woodkid's S16 album and how it was promoted and launched with engaging, interactive worldbuilding to tell a story. It is 95% fanboying and maybe some actual worldbuilding discussion. I got distracted and I'm not sorry.

I am majorly fanboying over Woodkid’s new single, Goliath. There’s more to it than just a fresh Spotify track in my Release Radar playlist – there’s a deep story unfolding on Woodkid’s social media, along with drip fed content, clues and secrets on the acompanying Adaptive Materials website.

This blog post is gonna be a big combo of me gushing about all things Woodkid, revealing the clues of the story that I’ve found so far, and learning storytelling and worldbuilding techniques from this gripping digital experience.

Woodkid’s debut album, The Golden Age, released back in 2013 (you’ll probably recognise it best from the track Run Boy Run).

The album tells an emotional story if listened to in track order, and each music video is a visual masterpiece of composition, lighting, 3D design and visual effects.

Now in early 2020, Woodkid returns teasing an incredible 3D render of himself (‘Alternate Me’) dressed by Nicolas Ghesquière.

he design gives me vibes of boiler suits, uniforms, and evil corporations. I LOVE THIS REVEAL TRAILER – holy crap the level of detail in this model is crazy.

Huge Dishonored vibes here as well, (which I am also a massive fan of) it’s just like The Outsider in the void.

The trailer ends with a patch of the same design worn on Woodkid’s alternate self. It features a logo with a phi (ϕ) symbol on the left and S16 on the right, which on the periodic table is sulfur.

Whilst mysterious in this first release, more details are revealed with the release of Woodkid’s single, Goliath.

Woodkid released several launch teasers to build up the hype for Goliath, including countdown videos that teased more information about the mysterious new emblem.

The first was broadly shared across social media and shows a spinning saw blade (with a vinyl record cover design on top). If you pause the video you can just about read the details on the label, which points you to www.adaptiveminerals.com (more on this after a recap on the countdown videos).

The end graphic also depicts five other emblems or logos of a similar design to the main one seen so far.

The bottom right emblem is revealed in the 5 days to go video as ‘Ground Operations‘, featuring a grid map and three location markers in the design.

In the 4 days to go video, the emblem for ‘Geomatics‘ is shown, featuring a triangle (hill/mountain/terrain) and a drawing compass.

The 3 days to go video reveals the ‘Communication‘ emblem, featuring cables/wires and connections.

The 2 days to go video reveals the ‘Community‘ emblem, featuring a hive/hexagon pattern and an insect/bee symbol.

The final 1 day to go video reveals the ‘Mining & Engineering‘ emblem, featuring the same triangle/hill/mountain from the ‘Geomatics‘ badge, but with a design that resembles a gear/cog/machine/caterpillar tracks and a small hexagon above it all.

There is another design that can be seen in the small image of five emblems that hasn’t been revealed at full size in a video (it looks similar to the initial emblem but with additional elements).

Whilst unclear at the time, the order of revealing these symbols seems significant, with the last one relating directly to the music video of Goliath.

The emblems can later be seen in closer detail on the Adaptive Minerals website, with extra descriptions.

Ok, before you continue reading, watch the video full screen and listen with headphones on for the best experience. The lyrics are below, and I’ll be unpacking my thoughts on the narrative of the journey so far.

The chest and the head divided by a white laser
The pattern of mad strobes, you’re going haywire
In your eyes, night cold, I see the end of us
You’re playing your best role, but the mask shatters

A sustained heart pain and a dark fever
How did I get fooled by such a savage curse?
The more I forgive you, the more it backfires
Now you’re dancing through the smoke, like nothing else matters

As with all art, it can be interpreted in many forms based on the viewer’s experiences and thoughts. When I hear the lyrics I imagine a person struggling with their own thoughts about someone or something they love (chest/head divided, mad strobes going haywire), but not knowing how to get out of the current bad situation they are in. The second verse to me sounds like they have realised how badly things have got and it’s only upon reflection that they can see how far they’ve fallen.

As for the track name, Goliath… it could mean something with a connection to a giant from the tale of David and Goliath. More on this seed after unpacking the Adaptive Minerals website...

Heading to adaptiveminerals.com reveals further clues, lore, and mystery surrounding Adaptive Minerals and the phi (ϕ) and S16 seen in the main logo.

You’re greeted with a red warning message about a new mystery, the “AMOS incident”… (Adaptive Minerals O___? S___?) What happened?

The website reveals that the company is mining Alternate Sulfur (phi-S16), which is originally extracted from coal (which is what we see in the video for Goliath, a huge bucket wheel excavator digging it up and transporting it to a mysterious core which was activating… something… (maybe the growing core thing was Goliath?)

Woodkid uploaded this photo of a broken ID lanyard with a caption “Find David.” This is clearly the focus character from the video, which makes me wonder if he did not ever return from the mining facility.

His ID shows the badges for both Mining & Engineering and Ground Operations. The QR code leads to: https://adaptiveminerals.com/login/ – the Adaptive Minerals website intranet.

If you type in david.s.lehner@adaptiveminerals.com as the login and then click Forgot My Password it comes up with a secret question to answer: “The best thing that happened in my life”

👀
Editor TJ here, by this point the fan community were all working together across socials and ended up deciphering clues in the Woodkid Discord server. (We still are).

After searching around, I found this empty profile on Facebook matching David’s name and ID photo. Clicking on About you could only see that he has been in a relationship since 6th August 2006, and has a son called Thomas.

I tried “Thomas” as the secret answer.

No for real though how fucking cool is this journey so far? This design is brilliant.

If you click on webmails there’s EVEN MORE MYSTERY!? Who is Amber Neumann and why is she sounding so cryptic? (the attachment is an image of a banana?!)

Looks like David also got mail about a missed Ability Interview…

Dear David,
You missed your last ability interview.
We remind you that these interviews are conducted for your own benefit.
We must emphasize that Ability Interviews are mandatory and that failure to participate would result in a penalty.

I came back to check on these messages after the release of the Goliath video to find that there are more messages coming in each day! Here’s a new one from Samuel Herne:

Whats up shorty?
Leaving 12f without a goodbye? You got scared or something?
The guys here are saying you got a promotion, what a joke
You know how I call a promotion to sector 12b?
You guess, it begins with a B
Anyway good luck lehner

Where is David? But wait, there are some more replies from Amber:

That was before the partner call from Community.
Your first paycheck.
I remember how proud you were to work in the mine, wearing the coal on your face as war paints.
If I close my eyes, I can still see that page from Book I. The forest with the hidden the monkeys.
That smile on your face when you gave me that banana. The first real one I ever saw!
You told me that the smell of the banana would help me get the monkeys.
Is it easier to find bananas in Doncord now? If not I’ll send one to Thomas.
I kept that banana for so long… It was all brown when I finally decided to eat it.
It reminds me, I have not seen your smile in a long time.

Well that adds some slight context to the banana image… Is Doncord perhaps the city pictured in the video?

The last message I read at the time of writing this blog post was another from Amber:

You got a promotion? To Sector 12B and you tell me nothing?!
I am worried…

She doesn’t sound so happy.

Time to wrap this up with what I’m learning from this experience:

This can be applied to a lot of things, but for this I want to focus on worldbuilding. Let’s say I’ve developed a new region of my world - I could just present it all at once, but you wouldn't know where to begin and may get overwhelmed. By creating a hook of curiosity, a breadcrumb trail to follow, and some clues to explore - it can lead to a more immersive, engaging, and memorable experience.

This is where the original post I wrote ended, and I listened to Goliath on repeat non stop from May 2020 until the full S16 album released on 16 October 2020.

My favourite track is, for so many reasons, So Handsome Hello. 😉

🔢 BUT WHAT DO THE NUMBERS MEAN?

The story continued deeper with the full album release, and the numbers within the lyrics of Reactor and Minus Sixty One.

We've all been going mad in the Discord server trying to figure this out, and we even begged Woodkid for an answer when he hopped in voice chat 🙃 he told us that he was impressed at all the different approaches we'd taken but that IT WAS MEANT TO BE EASY and we should have got it by now!?!! Apparently we almost had the answer but we all dove down complex rabbit holes 😱

For the full summary of the entire experience, along with everything the fanbase has tried so far, please help us join in the fun on the Discord and read through the #story-so-far channel. 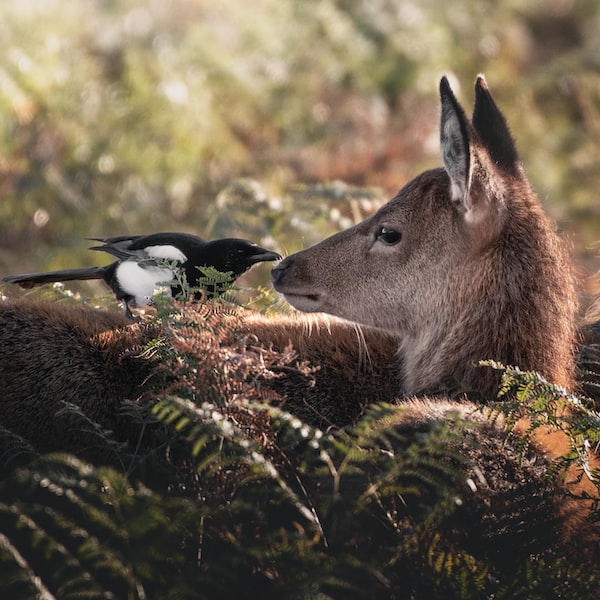 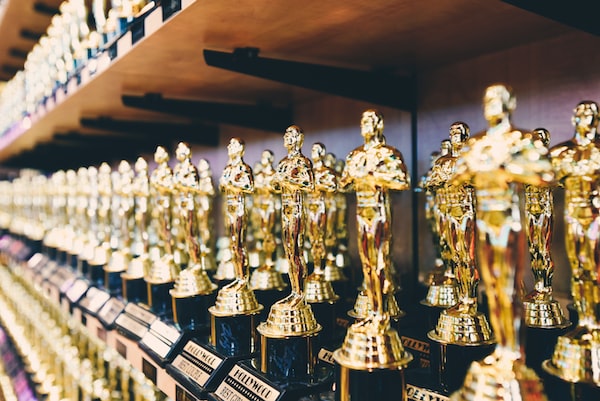 An extensive guide on how to plan ahead, make your best worldbuilding, and win during World Anvil's Worldbuilding Awards this year. 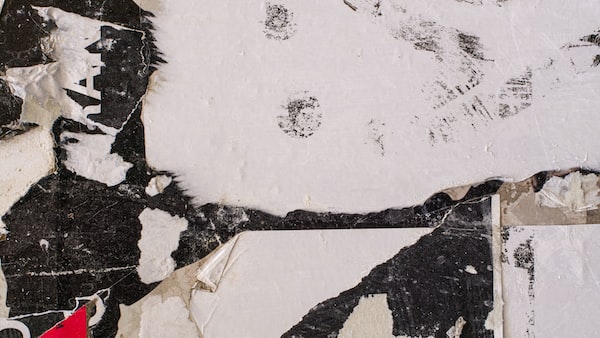 A mahoosive list of upcoming worldbuilding events on World Anvil for every month of the year, and how to prepare for them!